Enjoy life! Be happier! Consider the benefits of home care. Why home care?......because it's at home......where most people want to be.....it's personalized (yes!..care delivered on a one-to-one basis)....it promotes healing (patients heal more quickly at home..not to mention some of the nasties that circulate in hospitals & nursing homes)....it keeps our elderly independent & viable members of society (with a little help...that's the point!).......it allows for maximum amount of freedom (hospitals & nursing homes tend to be regimented & regulated) ......it keeps families together (what could be more important?)...it extends life (home care not only adds years to life, but "life to years")...it reduces stress (no anxiety related to living away from home)......Hummingbird Home Care is at your service!...locally owned & operated it strives for client satisfaction...and it works! Call 613-352-1090 or email [email protected]. We're here to listen & help!

Hummingbird Home Care in Bath could be your answer to managing at home better! If you or a loved one may need that little extra care to make life easier, safer and happier, then Hummingbird may be able to help. It offers personalized, flexible services, medical or non-medical, in an atmosphere of respect, understanding and compassion. You can reach this locally-owned service by email at: [email protected]

Let's hear it for staying at home as long as possible! Here's another article highlighting the importance of that invaluable concept.....http://www.cbc.ca/1.2629574 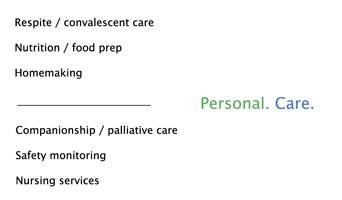 Seniors' 911 calls cut in half by weekly paramedics visits

Several years ago, paramedics in Deep River, Ont., came to the realization that most of their 911 emergency calls were coming from seniors living alone. Five years later, they have managed to cut the number of calls from these individuals in half.

Be the first to know and let us send you an email when Hummingbird Home Care posts news and promotions. Your email address will not be used for any other purpose, and you can unsubscribe at any time.