Certified Holistic Nutritionist & Healthy Living Specialist Health is your most important asset. Learn how to live a holistic, toxic-free life full of happiness and joy.

Start taking charge of your health and let me be your guide.

Cat almost in the hat (at least my husband wore her felted woolen house as a hat). This little piece was not cheap, but is definitely worth every penny, as all quality stuff so to say. Kids drag her like this around the house or to their bed and she does not mind. Priceless ✨

Exactly what I need towards the end of the year!

PRODUCT DESCRIPTION Are you frustrated at work? Have setbacks in spite of your best efforts shaken your confidence? Or has misplaced trust left you more

One of my favorite ones in colder seasons.

I usually bake squash in advance and keep it in the fridge ready for use. When you feel like having a hearty soup - just sauté some onion, add spices, coconut cream and squash, cook until hot, then purée in blender.
Fast, easy, and nutritious!

It's excellent source of beta-carotene, so important for healthy white blood cells, good immunity, vibrant eyes, skin and hair. Just one serving of kabocha provides 70% of the day's daily requirement.

I recommend this as a dietary supplement for everyone suffering from anxiety and depression, especially during holiday season. The active ingredient in this supplement is magnesium, which is the key element in fighting depression.

Only 16% of the magnesium found in whole wheat remains in refined flour, and magnesium has been removed from most drinking water supplies, setting a stage for human magnesium deficiency. These magnesium ion neuronal deficits may also be induced by stress hormones, excessive dietary calcium as well as dietary deficiencies of magnesium.

While antidepressant drugs are not always effective, and some have been accused of causing an increased number of suicides particularly in young people, some real case histories show rapid recovery (less than 7 days) from major depression using 125-300 mg of magnesium (as glycinate and taurinate) with each meal and at bedtime. 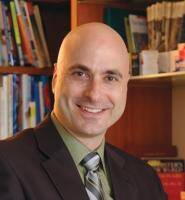 Lavender Oil for Anxiety and Depression

Lavender oil aromatherapy has been shown to be effective in the management of anxiety and depression and small and medium-sized controlled and uncontrolled clinical trials. The best validated use of lavender as an anxiolytic agent is oral supplementation of 80 mg per day of a high-quality, well-defined lavender essential oil that has a demonstrated efficacy comparable or superior to benzodiazepines and kava, with a super safety profile.

I swear that dolphin is laughing at them, thinking "awww... how cute, he spits back"

On our recent cruise to the Bahamas, we went on a Dolphin Encounter off an island near Nassau. During a kiss from a dolphin, we could not believe it when the...

An interesting article that shines light on the fascinating connection between smells and emotions.

Essential oils reach can reach the amygdala, which has direct connections to hippocampus, entorhinal cortex, dorsomedial thalamus and the brain stem. This means that inhaling pure essential oils has immediate straight-forward access to the part of our brain that controls our mood & motivation and can change our heart rate and blood pressure. Additionally, amygdala governs our fear and learning processes, which explains why the odour of Thyme, for example, has shown to increase focus and improve memory. Read about the olfactory process in the article below.
Also, check out more information about the amygdala:
http://neuroscience.uth.tmc.edu/s4/chapter06.html

Spas and lotions claim that aromatherapy can work all sorts of wonders, from reducing pain and anxiety to enhancing energy and short-term memory. An alarming number of companies and websites even claim that it can even prevent hair loss. But before you go lather yourself in essential oils, does arom…

Give the gift of wellness this Christmas from the hottest health brand. This stuff is guaranteed to please, it's been personally tested and used in my clinical practice. Order the best and purest essential oils and other healthy products while you still can. You'll thank me later (and you can also save a few bucks if you register soon).
Check out this link for their full Christmas catalog
https://www.joomag.com/magazine/other-pdfs-documents-2015-doterra-holiday-guide/0849181001443562315
or click on the big image below and go directly to their store.

For many years, the sole origin of mood disorders has been traced back to dysfunctional neurotransmitter systems in the brain. However, recent evidence has suggested an important role for the gut, specifically gut microbiota, in anxiety and depression. There is bidirectional communication along the…

Be the first to know and let us send you an email when The Natural Health Expert posts news and promotions. Your email address will not be used for any other purpose, and you can unsubscribe at any time.

Send a message to The Natural Health Expert:

Other Health & Wellness Websites in Oakville