KamCann Health Corp. is a 100% Canadian company; at the Pre-License/Approval stage of the ACMPR license application. Cannabis has been used throughout history as a natural medication across the world.

Today, perhaps due to its infancy as a medication in our society on a public level, it has been said that its potency & effects have vastly surpassed old-fashioned cannabis, through modern production techniques and well rounded nutrient formulas. Which is said to result in stronger chemical reactions in our bodies; which is why, we at Kampen Organic are perpetually dedicated to the research of cannabis as medicine, and the production of a safe alternative for all our clients.

These houses are made out of hemp

Applying to grow legal marijuana in Canada? Hurry up and wait

Definitely not for the faint of heart. It's been a long, tough road filled with uncertainty, but if you never take a risk in life you'll never know what you're made of. I'm proud of myself for taking a chance and getting KamCann Health's application through to the pre-approval stage. We hope to have some of the finest products available early 2018. Stay tuned!!
#kamcannhealth #acmpr

The regulatory gates to Canada's legal marijuana regime are open, but only a crack. Health Canada has received 1,630 applications for licences to grow or sell medical cannabis as of March 31. Only 43 licences have been approved so far, representing just 2.6 per cent of the total applications.

Marijuana could be legal by Canada Day 2018

Looking forward to the future!
#kamcannhealth

CBC News has learned that the legislation will be announced during the week of April 10 and will broadly follow the recommendation of a federally appointed task force that was chaired by former liberal Justice Minister Anne McLellan.

I really can't understand how cannabis is still catagorized as a Schedule 1 narcotic in the US. With all the research and evidence supporting the contrary, it doesn't make sense.
With Trump in power I don't know if that will change, but I think it very well could. I don't think the Trump administration will hurt the industry, if anything they'll make it stronger, somewhat like the system that's in place here in Canada; to keep it out of the hands of minors and have a legal framework in place, to keep it off the streets...
Only time will tell.

"The most realistic possibility is that we will not see the same hands-off approach in adult-use states," said Paul Armentano, deputy director of NORML, an advocacy group that favors broader cannabis access. "But politically, this going to be a difficult tightrope if it intends to go in this direction. I don't see a political upside."

In short? The high cost of a crackdown — coupled with pro-weed public opinion — could be enough to dissuade the federal government from messing with the marijuana industry too much, at least for now. But make no mistake: America's legal high faces a tenuous future, whether you've got a prescription or not.
- via Mic

“Prince of Pot” Marc Emery on the future of marijuana legalization in Canada. Pot activist Marc Emery visits The Morning Show - Global to discuss if marijuana should be treated like alcohol in Ontario and across the nation. http://globalnews.ca/national/videos/program/the-morning-show

For those who use cannabis for purely medicinal reasons, here are five reasons why Juicing is more effective than smoking it. Juicing cannabis gives you all the medical benefits without the high. The only "high" you'd feel from juicing is the boost of energy and that proverbial "kick in your step".

The 1st virtual #CannabisHealthSummit is here with 20+ experts, scientists, MD’s, and visionaries-

Health Canada to crack down on marijuana advertising

Health Canada to crack down on marijuana advertising

Using cannabis in your teens is 'not linked to depression or psychotic symptoms', says study

Using cannabis in your teens is 'not linked to depression or psychotic symptoms', says study

The study looked at 408 men who used cannabis in their adolescence.

“Welcome to KamCann's (previously known as Kampen Organic) Twitter page! Follow us for updates on our application process and other info!”

After months of back and forth with Big Drop, the finished website is finally up!
It's an amazing feeling to see the results of something you've spent countless hours on & put so much effort into exceed your final expectations.
Thank you for the job well done!
check it out @ kampenorganic.com

The updated logo! Can't wait till the website is up:)

Nearly impossible not to see the benefits of cannabis as a medicine after watching this. Truly moving!!

Such a negative stereotype. Time for education!! 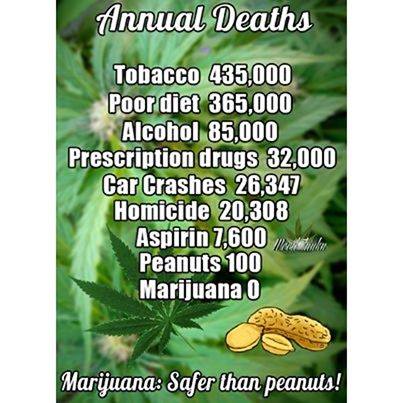 Take a look. A natural wonder!

Henry Lowe, dedicating himself to the education and realization of marijuana as a medicine. We all have to start somewhere. Check it out for a great read!!

It's been a long time coming, but the birthplace of reggae and legendary pot-lover Bob Marley has announced the launch of its first medical marijuana company....

"Herb is the healing of a nation, alcohol is its destruction."
Welcome to Kampen Organic, The Organic Alternative to prescription medications. Devoted to providing Canadians the most natural, yet effective medications. Coming Soon, stay tuned!

Be the first to know and let us send you an email when KamCann Inc. posts news and promotions. Your email address will not be used for any other purpose, and you can unsubscribe at any time.

Send a message to KamCann Inc.:

Other Health/Medical/ Pharmaceuticals in Orangeville