We are a home-based wellness and health clinic located in the beautiful community of Riverside South. Our services are administered in a professional, private and quiet facility. 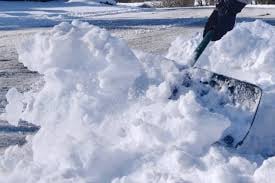 Looks like another Day of Shoveling!
I have some openings shoot me an email if your interested.
1pm and 4:30pm 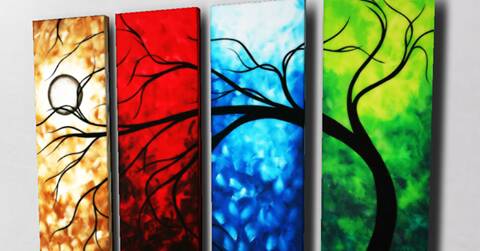 Two openings left this week. Both on Thursday!
a 8:45 am and a 10:15am
Message me to get your appointment booked

Please check out my new Website!
maryannsregisteredmassage.com
Learn more about me and the treatments I provide.

Check out where our beloved Maryann is now!

Welcome to my new Business!
I'm excited to announce I've opened my own place,
right in the heart of Manotick off the Main Street, by appointment only.

Please email me at [email protected] to book your appointment today. 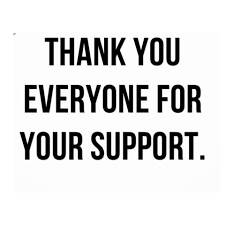 2020 has definitely been the craziest year by far in most of our lifetimes and has changed the lives of many, both good and bad, happy and sad. While some businesses were able to pivot and or benefit from the lockdown, others have struggled to stay afloat.

One of the benefits for me personally has been the opportunity to rest my physical body which was sore and tired from the repetitiveness of body sugaring. For the past few months I have been dealing with frozen shoulder causing extreme pain and reduced mobility in the joint. Mentally it has been a struggle, as many of you are aware, I have severe anxiety, especially leaving the house, now with Covid-19, I am equally concerned about continuing business in our home.

After numerous discussions with my health care professionals about my own personal health and well being, as well as weighing the risks and benefits including increased operating costs and the health and safety of family, friends and clients due to Covid 19, we have made the very difficult decision to permanently close Beyond Esthetics.

Words cannot express how much I appreciate your loyalty, kindness, love and support over the past 10 years. I have built incredible relationships with the vast majority of my clients. I will forever cherish these relationships and look forward to continuing our friendship. Thank you for all the great discussions, making me laugh until I cry, the stories and for letting me 'torture' you during your sugaring/waxing appointments. I have been referring clients to Gina's Sugar Shack in Manotick, you can contact her through her page https://www.facebook.com/GinasSugarShack

So now you are left wondering what will happen to all our other services...well the good news is that our three remaining sub-contractors, Marilou, Maryann & Missy will be operating at various locations as follows:

Marilou Rooke, when it is safe to do so, will be offering a number of complementary therapies including but not limited to Reflexology, Relaxation Massage, Head Massage, Thai Herbal Massage, Reiki, Facials (no extractions). Marilou's page is https://www.facebook.com/The-Rookes-Nest-240141819521640/ and email address is [email protected], Phone 613 425 3091. The Rooke's Nest is located in Riverside South.

Maryann Cooney RMT is recovering from a thumb injury and should be back in September, we will be announcing her new location shortly.

Missy Gore is a mobile Certified Personal Trainer and Certified Fascial Stretch Therapist. Her website is www.mvmt101.ca and page is https://www.facebook.com/mvmt101

As you all may have heard Registered Massage Therapists have been allowed to gradually reopen, but under strict Covid guidelines which restricts the number of clients that can be on location at any one time in a street entrance commercial premise. Unfortunately as Beyond Esthetics is considered a Spa and is a home based business we are unable to accept massage clients at this time. We will keep you posted as we get updates from the provincial government. Thank you for your patience. We hope you are all doing well during these unprecedented times and look forward to seeing you soon.

12 Simple & Easy Recipes for Anyone in Self-Isolation

These recipes are as easy as they are tasty, and we hope they give you the opportunity to tune out from the loudness of the world and focus on the goodness on your plate. After all, food really does matter…

If you are following a plant based diet here is a list of some must have grocery items to help you through quarantine/self-isolation:

Grocery shopping during the COVID-19 pandemic and wondering what to buy? These 20 items will keep you well-fed and nourished in the coming weeks.

A little humour in this crazy time...if any of my clients are going to take matters into their own hands while we are closed, please watch this first...

In light of the COVID-19 situation, as a measure of prudence, we are initially suspending the services we provide for a minimum of 3 weeks and/or until the situation changes.

The health and well being of our clients is our number one priority.

We will continue to monitor the COVID-19 situation and will re-evaluate the availability of our services as we move forward.

We want you to stay safe and look forward to resuming business services when the operating environment warrants it.

Maryann, our RMT has adjusted her hours slightly this week during the teacher's strike.

Our Registered Massage Therapist, Maryann, has an opening this Wednesday, November 20, 2019 at 7:00 p.m., all other evenings are currently booked until the new year !! Book online...it will go fast !!

April is National Pecan Month - Find out why these tasty nuts are good for you https://preview.mailerlite.com/a9l5o9 Check out our April Newsletter ! https://preview.mailerlite.com/a9l5o9

Check out our January Newsletter !!

Why does Beyond Esthetics Inc use, promote and sell Young Living Essential Oils. Listen and you'll see.... 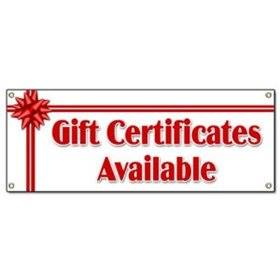 Still looking for gift ideas? Why not purchase a Gift Certificate for a friend or loved one...available in any denomination or for a specific service. Text 613 425-0002 or email [email protected] to arrange a convenient time to pick up.

Diaphragmatic breathing helps to calm nerves, increase oxygen in take in return increasing the "food supply" to your muscles. This increases muscular activity.

Be the first to know and let us send you an email when Beyond Esthetics Inc. posts news and promotions. Your email address will not be used for any other purpose, and you can unsubscribe at any time.

Send a message to Beyond Esthetics Inc.:

Beyond Esthetics Inc. (BEI) was founded primarily by Catherine Hartmann along with Roger Hartmann in 2010. The company officially opened its doors on January 01, 2011, after completing a soft opening that started in November 2010. The story that follows will give you an insight into the Hartmanns and philosophy that has shaped the company and its success.

In a city not far away, at a private health educational institution, two people from diverse backgrounds enrolled in Nutritional Studies at the International Academy of Health Sciences The program required taking other health related courses such as anatomy, massage therapies, trigger point therapy, shiatsu, ethics, reflexology and of course nutrition.

Catherine and Roger both started their studies in 2006. Catherine was a married mother of two; one girl and one boy both under the ages of 14. Roger was also married and an IT programmer/analyst with no children (ever). As you have probably figured out by now, they did not know each other.

As the two of them were completing courses, Roger ended up changing his focus from nutrition to Shiatsu/Acupressure Massage after finishing his first Shiatsu class where he started his clinical practice immediately after his first class. In addition, the head educator had told him that he had a gift and that there was no money in pursuing nutrition as an occupation. One would end up having the same financial standing as a starving artist.

Before I forget, it must be mentioned that these courses were done on weekends and evenings while working a full time job; mother and techie during the day independently.

In 2009, Roger graduated from his Shiatsu certificate program with Honours, after which the program was no longer offered due to low enrolment/interest.

Honesty when dealing with people be it clients, strangers, or friends, is a paramount foundation for Catherine and Roger. BEI was Catherine’s brainchild, but she could not do it alone. She had been out of the workforce for over 15 years to raise her children and required help. Since the Universe or Fate brought them together, it seemed perfectly logical and fitting that Roger join her in this business endeavour. Catherine agonized over the name of the business as she realized that in order to earn money quickly, she had to have skills that would yield faster monetary results as she was under pressure from both her ex and the family court to make a concrete effort in becoming self sufficient.

Her main goal and focus has always been the health aspect in providing services and helping people achieve better health. The reality was that the beauty/esthetic services had to lead in order to earn income. After several months, Catherine came up with an appropriate name, Beyond Esthetics Inc. or BEI for short. This made sense, as the name would still support her ultimate goal of providing health services that could help people from the inside out and where the emphasis was on overall health, both physical and spiritual in a non-religious way.

Now that the name was settled on, BEI needed a physical location.

Setting up shop in a commercial retail space was not practical and in many ways would have made BEI just another new kid on the block in a sea of competitors. Physical location was also dictated by Catherine’s anxiety that would have limited her ability to work away from home. So the decision was made to invest in a business infrastructure within the comforts of her home. Now when most people hear of a home-based business, images of wood panelling and less than stellar decor are conjured up.

However, this business setting would rival many of the commercial retail competitors in the city. Catherine set out with the help of Terry, her brother in-law contractor to design and build a professional and relaxing environment. She also enlisted help from Rosemary, her designer friend for decorating and colour schemes. Design and construction started in the summer of 2010 and was completed in October.

Now this home anchored business had a professional look and conducted trial service runs through a soft opening to get feedback from paying clients as well as iron out any potential logistic issues. Feedback from room temperature, type of music, music sound level, service quality were garnered through feedback forms as well as overall reaction to the physical facilities. All feedback was positive and any changes required were minimal.

When the doors officially opened in January 2011, verbal response from new clients entering the “spa” environment ranged from “WOW” to “Holy #@$#”. That type of response showcased Terry’s technical skills and dedication to quality and Rosemary’s keen sense of style and professionalism.

On the note of peoples’ preconceived visions of a “home based” business, into our sixth year of operation we had two new clients that booked an afternoon services package together to celebrate a birthday. After we had completed the services and the clients had paid, the birthday girl made a confession to us.

When they had arrived, her friend had apologized to her. She did not know that the business was in someone’s home and had suggested that they just quietly leave. The birthday girl said no, they would keep their appointment. Well when the two ladies entered the spa area, the look on their faces spoke volumes. It was a quiet inner “WOW” or “Holy #@$#”.

The birthday girl said that she was glad that they kept their appointment and that her experience far exceeded her expectations. Justice was served.

Other Health & Wellness Websites in Ottawa