Informational, Emotional and Physical Support from Baby Bump through to Birth and Breastfeeding. Birth is a beautiful, empowering, emotional time for new moms and their families.

B Doula Services updated their address.

B Doula Services updated their address.

The 'She is not your rehab' movement is empowering men to address domestic violence by healing from past traumas through honest conversations.

Interesting! Here in Canada, I have seen many famished moms eat Tim Hortons as the first meal after giving birth (as well as in labour), because it’s the middle of the night and everything else is closed. Like at least 50% of the time lol. In the birth centre they offer toast and peanut butter which I have heard also hits the spot.

You know you're giving birth in The Netherlands, when the first thing you eat after birth is "beschuit met muisjes"
It's a dutch tradition!

It's toast with anise seed sprinkles. Pink and white for a girl, blue and white for a boy. And when a royal baby is born, they sell orange in the stores.
The tradition came from the fact that Anise is supposed to help the milk flow. They used to be white and when it became a more commercial thing they started with pink and blue.

Even most hospitals serve it right after birth!

Image and Caption by Angela Slingerland

And this is why some people call them “guess dates” instead of “due dates”. 🙃

Super helpful guide for when your wee one may be ready to be born... #labourday2019 #doulahelp

There are tons of health benefits to breastfeeding but that does not mean it is always the right decision for parent and baby. The best thing is making an informed choice based on your own circumstances. Happy International Breastfeeding Week! 💕

“I think it is important to find mutual respect and appreciation between cultures because we can all learn from each other and there is something that each nation does better than the others, regardless of how economically advanced or not it is,” she added. “We are all people.”

“The Journey Matters.” Tonight’s birth journey was so lovely. Thanks to Teresa Maskery of MyBabyBump.ca for the cup to keep me hydrated while doing the double hip squeeze. 😊🧡

When Lovers Touch, Their Breathing and Heartbeat Syncs While Pain Wanes

“That’s one takeaway from a study released last week that found that when an empathetic partner holds the hand of a woman in pain, their heart and respiratory rates sync and her pain dissipates.

“The more empathic the partner and the stronger the analgesic effect, the higher the synchronization between the two when they are touching,” said lead author Pavel Goldstein, a postdoctoral pain researcher in the Cognitive and Affective Neuroscience Lab at CU Boulder.”

Study explores how interpersonal synchronization could help to decrease pain.

I am excited to be heading to Atlanta, Georgia from Toronto, Canada for a childbirth educator and doula conference. See you soon CAPPA! #cappaconf @cappanetworking

How Men’s Bodies Change When they Become Fathers

It’s not just mother’s who have some major changes in the brain (seen through MRIs) and body after a child enters a family. This is a relatively new research topic so it will be interesting to see what else comes out about fatherhood, along with families that aren’t necessarily the nuclear model.

Very interesting study on the impact of playing music to premature babies. Music may also be used during labour. I have been in hospital rooms where families are playing music throughout the labour and even the labour and delivery staff talked about the difference they felt walking into the room 💕

Very cool. There is so much we don’t understand about the brain and I’m glad people are discovering alternative ways of healing for those most vulnerable ♥️🎼🎧

Wow! This little sweet pea was born in her amniotic sac and continues napping there for several minutes.

Doctor delivers triplets - then last baby emerges and everybody freezes: she's still in her cocoon!

The egg that created you was formed inside of your mother's fetus, while she was inside your grandmother's womb.🙌🙏❤️

Hosted other Doulas at Shecosystem: Coworking & Wellness tonight. This space is gorgeous. This profession has allowed me to meet the most amazing people: other Doulas, clients and their families.

New research confirms the importance of mothers feeling involved in the decision-making process with medical staff during their labour.

FACT: Feeling uninvolved in decision-making during #labourandbirth can lead to a traumatic birth experience. Find out more in OPHA’s new position paper on informed decision-making in labour & birth! goo.gl/5uNwoF

The World Health Organization now recommends not to bath babies for at least 24 hours after birth because of the protective properties of vernix.

"It's important to remember that babies aren't born dirty," explains Dr. Ira Jaffe, a board certified maternal fetal medicine OBGYN doctor in NYC. "The way they're designed to come out is how they should come out."

17 Intimate Photos That Show Birth Is Beautiful In All Forms

"I should have been prepared. As a family doctor specializing in normal labour and delivery, I follow women during their pregnancies and then deliver their babies. And yet, the birth of my first child threw me for such a loop that by the six-week mark I felt as drained as I did after four years of medical school."
https://tgam.ca/2hZkaed

B Doula Services was a sponsor for Starlight Children Foundation's charity fundraising event Tea and Tiaras. Starlight unveiled a new line of hospital gowns called Ward + Robes which are being designed specifically for kids living with long-term illnesses. These hospital gowns are true works of art. What a stellar event!

All photos were used with permission.

All photos were used with permission.

Photo used with permission: it was a pleasure to be able to support this sweet family during their birthing experience.

It was such an honour to support this family through their birth experience.

*Photos are only shared with permission from the family.

It was such an honour to support this family through their birth experience.

*Photos are only shared with permission from the family.

Photos used with permission: So fun doing a pregnancy photo shoot with this hilarious couple.

Photos used with permission: Stolen kisses between mommy and baby during their postpartum appointment today.

Photo used with permission: This was was such a fun day! Got to take some pictures with this cutie during our postpartum appointment. 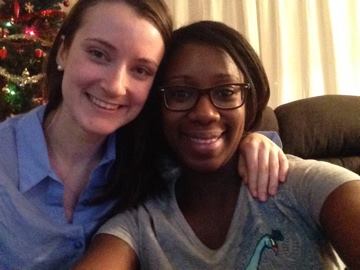 Photo used with permission: I felt so honoured to be able to support this amazing mom through her birth experience!

With the new mommy and her sweet baby boy. It was such a pleasure to work with her. :)

Prenatal appointment and belly casting with this lovely mommy!

Be the first to know and let us send you an email when B Doula Services posts news and promotions. Your email address will not be used for any other purpose, and you can unsubscribe at any time.

Other Medical Services in Toronto

My family and I had the pleasure of recently reconnecting with Jessica for the upcoming birth of my 2nd son. Jessica took lovely maternity, birth, and newborn pictures for my 1st pregnancy, and was gracious enough to return for my 2nd pregnancy. Although it had been 3 years since we saw her last, when she arrived, it felt like no time had passed at all. She is kind-natured, friendly, respectful, and genuine. My 3-year-old (and my golden-doodle) took to her right away and we had a lovely time taking photos in our home. I highly recommend Jessica, both for her doula services as well as her photography services - she has a talent for both & the two services mesh together perfectly. Thanks again, Jessica!