Vicinity Health is a company that uses technology in the clients vicinity to help with the aid and control of health conditions like asthma.

TiE Arizona’s 2014 Rapid Fire Pitch competition is about to heat up! The group just announced the 15 startups that will be presenting at its Oct. 21st event. Here’s a look at the select few who were able to make it through the first round of elimination.

From Innovation to Investment: Arizona Bioscience Week Has Something For Everyone | Arizona...

Come to Join Us !!! Visit Vicinity Health Showcase. See You There. http://www.azbio.org/ABW

What do over 400 life science leaders, Arizona students, innovative companies and accredited investors have in common? They are all participating in Arizona Bioscience Week events and you can too. 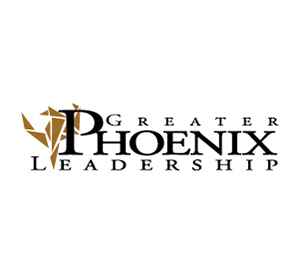 GREAT NEWS: The Arizona Commerce Authority chose Vicinity Health and three other tech companies, as the recipients for the highly competitive AZ Fast Grant, a grant that provides Arizona-based early stage companies with resources to grow their business.

The Arizona Commerce Authority (ACA) has chosen four tech companies as the recipients for the highly competitive AZ Fast Grant, a grant that provides Arizona-based early stage companies with resources to grow their business.

Two Arizona early-stage startups, Vicinity Health and SyCara Local, were accepted into The Indus Entrepreneurship (TiE) 2014 conference as finalists in the TiE50 Awards Program and pitched in front of tech CEOs, entrepreneurs and investors from all around the world. 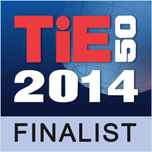 The TiE50 awards program recognizes the 50 hottest tech start-ups
May 15, 2014 – Finalist, Chandler, AZ, United States– Vicinity Health Inc. is excited to announce that it has been selected as a Finalist for the prestigious 2014 TiE50 Awards Program. Winners will be announced on Saturday, May 16th at the organization’s annual entrepreneurial conference, TiEcon. Returning for the sixth year in a row, this year’s TiE50 is open to all technology companies worldwide.
“We’re thrilled to be selected as Finalists for the TiE50 competition, as an early stage company its an incredible testament to the impact that we’ve been able to have in a short period of time. We’re excited to position ourselves as a leader in the field of personalized preventative health care.” said Scott Shrake, one of Vicinity Health’s three cofounders.
“In the six short years since inception, the TiE 50 program has become a global brand that attracts thousands of companies worldwide for this recognition,” said Venktesh Shukla, president of TiE, Silicon Valley. “It is unique in terms of rigor of selection and the broad scope of companies that it reviews for this award and is one of TiE Silicon Valley’s most successful programs. It is also worth mentioning that this is the only awards recognition in technology to be held by a large global non-profit organization. ”
To determine the winner, a panel of experts will screen the companies and create a list of the “2014 TiE50 Top Startups.” This list will then be reviewed further by a screening committee of deep domain experts. About 100 of the best of the breed companies are selected to the elite TiE50 Finalist pool. Finally, this pool of TiE50 Finalists are judged by a panel of highly accomplished team made up of serial entrepreneurs, venture capitalists, angel investors, CEOs and well-rounded technology experts, to determine finalists and winners. Companies will be evaluated on three parameters: Business Model, IP Value and Leadership team.
At TiEcon 2014, 20 of the top startups from each of the five segments will be chosen to pitch their ideas, and winners will be announced on stage that evening.
This year at the event, attendees and TiE50 participants will also have the chance to hear from three previous TiE50 winners who have made successful exits recently: FireEye, Pearl Therapeutics and Rubicon Project.
“This year the TiE50 Awards Program screened more than 2800 companies from 27 countries. The finalist pool is represented by early through late stage companies. A star attraction of the conference is TiE50 Finalist presentations. Audiences are treated to great ideas and amazing technologies” said Ram K. Reddy, the program chair.
The TiE50 track record since its inception in May 2009 shows that 94% of the winners and finalists have been funded, attracting Billions in investments. Many of these companies have been acquired, merged or gone public.
For further details on the TiE50, visit www.tie50.org.
###
About TiEcon:
TiEcon is the world’s largest conference for entrepreneurs and intrapreneurs with loyal participation from top technology companies, leading venture capital firms, and global service providers. TiEcon 2012 attracted 3,000+ attendees from across the world – including CEOs of established companies to first-time entrepreneurs creating new companies, to leading investment professionals and corporate executives. TiEcon was listed by Worth Magazine in their September 2011 issue to be among the 10 Best Conferences for Ideas and Entrepreneurship along with TED and the World Economic Forum. For more information on


About TiE:
TiE is a global not-for-profit organization fostering entrepreneurship through mentoring, education, and networking. We consider entrepreneurship to be the single most powerful instrument to advance global prosperity. Our greatest strength is our network of over 60 chapters in 17 countries with a worldwide membership exceeding 14,000 that includes successful entrepreneurs, venture capitalists, corporate executives, and aspiring entrepreneurs. For more information on TiE, visit www.tie.org.

My doctor said today after 2 months being out of the hospital and using Wheezy, my asthma is in complete control. We are excited at Vicinity Health to begin testing our product with the public. If you or your child has asthma and would like to use Wheezy, sign up at www.getwheezy.com

Getting ready go inside for the Clinton Initiative. #CGIU #Wheezy @vicinityhealth

Vicinity Health has been invited by Google to be part of Project Ara first Developer event on April 15 & 16 in Mountain View. The worlds first modular smart phone.

This is the fast pitch performed by our founder Chris Stiffler on March 6th, 2014.

Vimeo is the home for high-quality videos and the people who love them.

After being hospitalized, Chris Stiffler decided he was going to develop an app that would make it possible for him to predict and prevent his attacks.

Be the first to know and let us send you an email when Vicinity Health posts news and promotions. Your email address will not be used for any other purpose, and you can unsubscribe at any time.

Send a message to Vicinity Health:

Other Medical Services in Chandler

What ever happen to this company?? Did everyone give up after chris passed? Who is in control of domains / brand now?