"Like" us for updates on HIV and Hepatitis B & C. Let’s reduce stigma & increase awareness and education. The LifeLine Project is a new service of Cobb Community Services Board designed to help stop the spread of HIV and Hepatitis B and C among heterosexual African Americans who use addictive substances.
(3)

LifeLine Project would thank Mr. John Burnett for sharing his art work with the group on today. Mr. Burnett it is people like you who restore our faith in humanity and help us realize the value of being human. Thanks for your support!!!

Lifeline Project is at it again supporting our community

Fly right on over and get your free HIV test!!!

I created this video with the YouTube Video Editor (http://www.youtube.com/editor)

I'm HIV postive. Can I still have sex?

Dr. Leandro talks safer sex for people living with HIV. #AskTheHIVDoc is a video series from Greater Than AIDS where top HIV doctors give frank, no-nonsense ...

How do I tell my partner about my HIV status?

Dr. David talks you through sharing your status. #AskTheHIVDoc is a video series from Greater Than AIDS where top HIV doctors give frank, no-nonsense respons...

Ladies want to take charge and decrease your risk of HIV infection?

A new exploratory analysis of data from the ASPIRE study has found that using a drug-infused vaginal ring most or all of the time reduced the risk of HIV infection in women by at least 56 percent.

Talk to your gynecologist to see if you are eligible and to discuss the risks and benefits of treatment.

A new exploratory analysis of data from the ASPIRE study has found that using a drug-infused vaginal ring most or all of the time reduced the risk of HIV infection in women by at least 56 percent. This finding is being reported today at a press briefing at the 21st International AIDS Conference (AID...

Dr. David talks about the effectiveness of HIV treatment in reducing risk. #AskTheHIVDoc is a video series from Greater Than AIDS where top HIV doctors give ...

Dr. Demetre runs through the steps for getting on PrEP. The second installment of #AskTheHIVDoc, the popular Greater Than AIDS Youtube series in which top HI...

How effective is PrEP? Do I have to take it daily?

What is the difference between PrEP and PEP? Are they the same?

Dr. Demetre explains how with medication someone with HIV can suppress the virus and lower risk of infection. #AskTheHIVDoc is a video series from Greater Th...

Dr. Demetre explains what it means to be "undetectable" for HIV, both for you and your partners. #AskTheHIVDoc is a video series from Greater Than AIDS where...

Lifeline Project's weekly series- "Have questions about HIV/AIDS but afraid to ask"?
Sometimes we hear our friends and family members use the terms HIV and AIDS interchangeably. Is there a difference between HIV and AIDS, and what does it mean?

Dr. Leandro explains HIV, AIDS and how they’re connected. #AskTheHIVDoc is a video series from Greater Than AIDS where top HIV doctors give frank, no-nonsens...

Have questions about HIV/AIDS but afraid ask? Then tune in to our LifeLine page each week where we will post videos from #AskTheHIVDoc covering a range of topics from lubrication, condoms, to what does it mean to be undetectable.

#AskTheHIVDoc is a video series from Greater Than AIDS where top HIV doctors give frank, no-nonsense responses to commonly asked questions from gay men about...

Globally, the Fastest-Growing Threat to Adolescent Health Is Risky Sex

The Good News: We have several effective behavioral interventions that prevent the transmission of HIV and other STI's.

Worldwide, the health and well-being of adolescents is increasingly threatened by risky sex, while funds to counteract this are inadequate.

Atlanta ranks 5th among U.S. cities with new cases of HIV infection and half of those newly diagnosed have AIDS.

Guess what? We no longer have to die from complications of AIDS, if we get tested regularly and take medications as prescribed.

Atlanta is ranked No. 5* among U.S. cities when it comes to the rate of new diagnoses of HIV. Experts say that's because routine HIV testing is not offered

Atlanta's HIV Crisis - What We Are Up Against - Thoughtfulness.org

According to sources, medical advancements are such that someone with HIV can take medication to reduce their viral load to zero ("non transmittable" per studies), and someone without HIV can take Truvada (or use condoms) and have up to 99% protection. Yet, Atlanta still has 1980's NYC numbers.

Pundits state stigma is the hardest issue to overcome and define its origin.

For more information on HIV testing and/or how to reduce stigma contact LifeLineProjectCSB Monday-Friday 8-4:30 pm.

Atlanta’s HIV Crisis – What We Are Up Against Posted by Wes Berry on March 14, 2016 Share on facebook twitter pinterest google+ Atlanta (GA), is in the midst of an HIV/AIDS crisis. Each time new HIV/AIDS statistics for Atlanta (GA) are released, the numbers seem to be worse than before. In a time…

Cobb/Douglas CSB's LifeLine Project welcomes new beginnings and the celebration of Spring. And now that spring is her what better way to start than for those living with HIV to learn and share resilient new ways to interact with friends and loved ones in the face of HIV Stigma and Discrimination as depicted in the article below.

For more information on how to address HIV stigma and discrimination or to get tested contact LifeLineProjectCSB Monday-Friday 8-4:30 pm 770 499 2422.

Resilience against HIV stigma can be a struggle. Ironically, most anti-stigma programs target the stigmatizer and those experiencing it are left to deal ...

Breaking stigma and stereotypes is crucial in the fight against HIV/AIDS within our community.

A blend of hip-hop, rock, bluegrass, and R&B meets classical music-Black Violin are two artists who are breaking the sterotype of what it means to be a black artist.

STI Awareness:
Did you know that Georgia is in the top 10 nationwide for new HIV, Gonorrhea, Chlamydia, and Syphilis infections.

Early detection is important for a healthy outcome for both you and your partner. 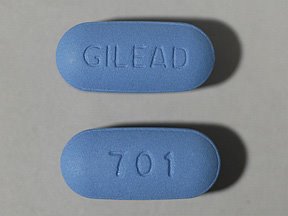 Are your friends (PrEP)ared?
PrEP (which stands for Pre Exposure Prophylaxis) is taking the HIV pill Truvada daily to protect HIV-negative people from getting the virus during sex.

PrEP has been shown to be more than 90% effective when taken properly in reducing HIV infection during sex. It is commonly referred to as the "Little Blue Pill" by many.

The CDC estimates that one third of primary care doctors and nurses have never even heard about PrEP.

Contact LifeLineProjectCSB today for more information about viral suppression and what it means to you, to learn your status and more. Monday-Friday 8-4:30 pm 770-499-2422.

Cobb/Douglas CSB's LifeLine Project wishes it's followers and their family a Happy International Women's Day. What better way is there to show the women in your life that you love them than to know your HIV status.

Be the first to know and let us send you an email when Lifeline Project posts news and promotions. Your email address will not be used for any other purpose, and you can unsubscribe at any time.

Send a message to Lifeline Project: