Dr.’s Johnson and Warburton are happy to announce our Powell office is now moving to a newer facility. Our new address is 209 E. Emory Road, Suite 102 Powell, TN 37849. We will be able to see patients in our Oak Ridge office during the move, so that their needs will be met during this time. Thank you so much for your continued support for our practice over the years. We are excited about our new location, and the continued opportunity to provide great patient care.

This article and picture are from the June 2009 issue of ADA News. It provides a report on a Satellite Media Tour (SMT) about former Marine Cpl. Jason Poole who sustained devastating injuries from an improvised explosive device in Iraq. As an American Dental Association (ADA) spokesperson, I helped Jason tell his story about his injuries and especially about his facial reconstruction during the SMT. The initial radio and television audience for this SMT exceeded 4.5 million in the United States. In the many years that I have served as oral and maxillofacial surgery spokesperson for the ADA, Jason's story moved me the most. Each time I see someone refusing to stand to show respect for our Flag and National Anthem, I think of the sacrifices that Jason has made. He is one of many heroes that we should remember, and stand for, whenever the opportunity arises.

After 15 years, I am stepping down as an ADA spokesperson. It has been a special opportunity and privilege to serve in this manner, and I would like to thank the professional staff at the ADA who have been so supportive and helpful to me. 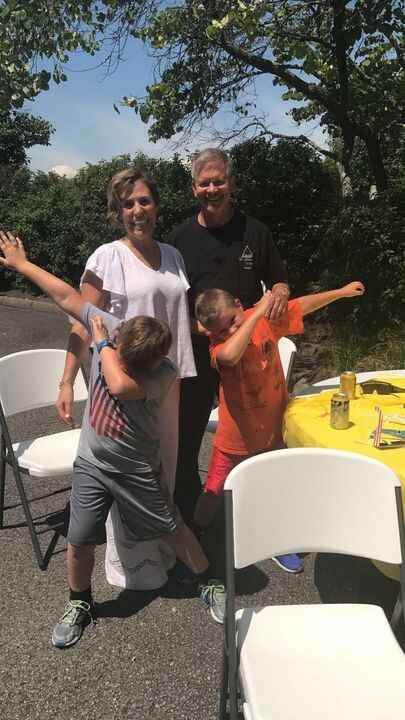 We were so glad to get to share this time with some of our dental friends and family!!! 2017 ECLIPSE

It was great to witness the eclipse yesterday. Thanks to everyone who came to our viewing party at our Oak Ridge location.

Happy 4th of July from Drs. Johnson and Warburton and the rest of the OMSS team!

Be the first to know and let us send you an email when Oral and Maxillofacial Surgical Specialists, P.C. posts news and promotions. Your email address will not be used for any other purpose, and you can unsubscribe at any time.

Other Medical Services in Oak Ridge

Had to go once again to OMSS. Seriously, this is not my first rodeo and it won't be my last!! Office staff is just wonderful and put any and all of your fears aside. When you meet your neighbors there, you have found the right office. See ya soon!!
Thank you to Dr. Johnson and staff for making me feel so comfortable this morning. I appreciate you all more than you know.