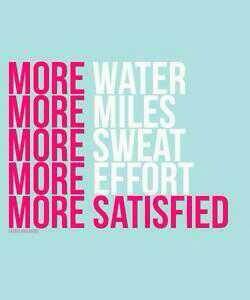 If you want to be satisfied !

Make Your self Strong !

Eid Mubarik! *^-^*
May Allah shower his blessings upon you and your family. ~Ameen (✿)
Team Total Care ( Quality we Care) 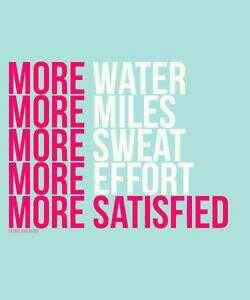 Make it a lifestyle

It never gets easier you just get better.

For Pakistanis who are overseas -- get Altaf behind the bars ! It is time to get that British snake snuffed under their own laws. Build pressure. Pakistan does NOT belong to that snake. It belongs to us.

All concerned Overseas Pakistanis please call the Metropolitan Police in London on 0044 2072301212 Or dial 999 and tell them about Altaf Hussain's open threats to kill civilians of Karachi and threatening to make a separate country on live television.

Scotland Yard has already received tremendous complaints about Altaf Hussain and his fascist MQM since yesterday evening and is working on it!

Note that Altaf Hussain is just a British National and can be prosecuted under Public Order Act (1986). Let him and
his cronies taste the law they ridicule!

Those who are in London MUST DO IT !

"I just called the Metropolitan Police in London at 00442072301212 and registered my complaint against Altaf Hussain, telling the officer that this citizen of UK had threatened a group of protesters in Karachi last night openly on live television. The officer on the other end asked if it was for Altaf Hussain- She informed me that they have been receiving thousands of calls since yesterday and they have some officers looking into the matter. I would expect everyone to call and also repost so it is indeed taken seriously
Plz repost on ur wall and call on this number for complaint plzz."

There is NO power on earth that can undo Pakistan, InshAllah. This is our moment to fight back collectively against this snake. Lets reclaim Karachi. The government wont do it. We WILL, InshAllah !!

Treasure the love you receive above all. It will survive long after your good health has vanished.
Og Mandino

Cheerfulness is the best promoter of health and is as friendly to the mind as to the body.
Joseph Addison

A healthy attitude is contagious but don't wait to catch it from others. Be a carrier.
Tom Stoppard

An Apple A daY keeps Doctor Away

AlhamduLilah We are Now 24hrs Open To serve you People :)

KEEP CALM AND PHARMACIST ON !

health is our priority.

The Best Way To Surve The Peaple Is By Providing Discount :)

Your Satisfaction Is Our Priority .. :)

Your Well Being Is Our Concern :)

The Greatest Wealth Is Health :) :)

The Greatest Wealth Is Health :)

We deals in all kind of Medical, Surgical, Chemists, Cosmetics and Other General Products.

Be the first to know and let us send you an email when Total Care Pharmacy posts news and promotions. Your email address will not be used for any other purpose, and you can unsubscribe at any time.

Other Medical Supplies in Lahore