We are glad to be your community source for Jobs and Day Training Program. Our goal is to have this page enhance your experience with Budget Watchers.
(7)

We want to hear from you and are glad you’re here. While you’re here, please refrain from using profanity in your posts. Also, a friendly reminder that posts which are duplicates, SPAM-like in nature, off-topic, or rude and disrespectful will be removed. Thanks for Liking Budget Watchers! Our team will do its very best to answer your questions, provide assistance, and relay your comments to the appropriate team at Budget Watchers.

Thank you to our employee's and staff for another year of growth and success.

It's been a while since our last post and that's because our company has been going through an expansion. This vision that I had for this company could not have been achieved without the unfailing hard work of the contractors, flexibility of my team, and patience of our customers. Now that this phase is at fruition, I want to say that I appreciate all of your dedication and look forward to all the lives we will change together. Thank you. -Avaunte DuPree

“One can choose to go back toward safety or forward toward growth. Growth must be chosen again and again; fear must be overcome again and again.” —Abraham Maslow

Do you always stress about how much money you spend during the holidays? Read this article to find out 6 ways you can diminish that holiday guilt with a budget!!

Pardon our dust. We are almost complete with Phase 1 Construction right before the next Tax Season. We would like to THANK are Customers and Students for an Awesome 2016. 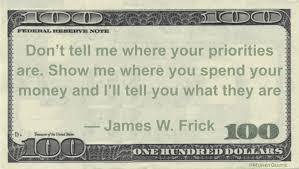 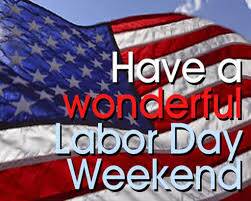 NVHousingSearch.org helps Nevadans find rental homes that fit your needs and BUDGET. It's fast and easy to use. Property providers can list apartments or homes for rent located anywhere in Nevada and at any time for free. There list is always up to date.
Whether you are looking for an apartment, a townhouse, or a home with a yard. Check out there website http://www.nvhousingsearch.org

IR-2015-102: Back-to-School Reminder for Parents and Students: Check Out College Tax Credits for...

WASHINGTON ― With another school year just around the corner, the Internal Revenue Service today reminded parents and students that now is a good time to see if they will qualify for either of two college tax credits or other education-related tax benefits when they file their 2015 federal income ta…

This map shows what $100 is actually worth in your state.

Reporting Gambling Income and Losses on Your Tax Return.

If you play the ponies, play cards or pull the slots, your gambling winnings are taxable. You must report them on your tax return. If you gamble, these IRS tax tips can help you at tax time next year:

1. Gambling income. Income from gambling includes winnings from the lottery, horse racing and casinos. It also includes cash and non-cash prizes. You must report the fair market value of non-cash prizes like cars and trips.

2. Payer tax form. If you win, the payer may give you a Form W-2G, Certain Gambling Winnings. The payer also sends a copy of the W-2G to the IRS. The payer must issue the form based on the type of gambling, the amount you win and other factors. You’ll also get a form W-2G if the payer must withhold income tax from what you win.

3. How to report winnings. You normally report your winnings for the year on your tax return as “Other Income.” You must report all your gambling winnings as income. This is true even if you don’t receive a Form W-2G.

4. How to deduct losses. You can deduct your gambling losses on Schedule A, Itemized Deductions. The amount you can deduct is limited to the amount of the gambling income you report on your return.

5. Keep gambling receipts. You should keep track of your wins and losses. This includes keeping items such as a gambling log or diary, receipts, statements or tickets. 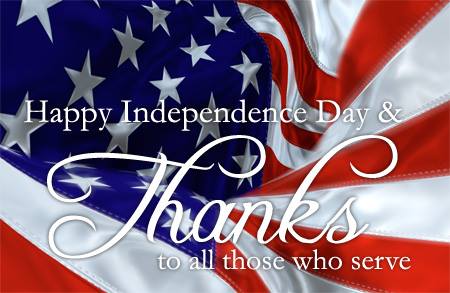 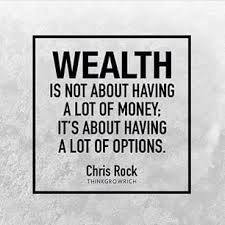 We would like to THANK our Clients for a WONDERFUL TAX SEASON.

Happy Holidays from BUDGET WATCHERS. Our Office will be CLOSED for the Holiday Season and will reopen on Monday January 5th, 2015. Please call (702) 834-5200 if you need assistance.

WE ARE NOW ACCREDITED WITH BBB. WE ARE EXCITED TO BE A PART OF BBB CODE OF BUSINESS PRACTICES.

Reminder- Tomorrow October 15, 2014 is the last day to file a tax return for those who filed for an extension.

Reminder- If you asked for an extension to file your tax return, remember that the deadline is October 15, 2014.

THANKS TO EVERYONE WHO PARTICIPATED IN OUR RAFFLE!!

THE DRAWING WILL BE HELD ON MONDAY SEPTEMBER 1, 2014

WE GET THE JOB DONE!

THE DRAWING WILL BE HELD ON MONDAY SEPTEMBER 1, 2014

A Credit Score Increase Could Be Coming Your Way: FICO Changes Scoring System For Your Benefit.

When it comes to bills, everyone has their bad days, right? Forgetting to make a payment, getting calls from the collections agency, and other FICO-gnawing situations. But hey, as long as you pay it off in the end, your credit score might not suffer. According to Daily Finance, FICO will be changing the way it calculates credit scores, and it will be to the consumer’s benefit. Starting in the fall, FICO will not penalize your credit score for past due payments that have been paid off including medical bills “The tabulation also will take unpaid medical bills less into account,” Daily Finance reports. So why is FICO being more fair than usual?

Well for one, after studying consumer data for two years, FICO discovered that unpaid medical debt is not an indicator of credit risk.

“People who had a good credit history, where an unpaid medical debt was their only negative, they were still good, reliable customers,” Anthony Sprauve, a spokesman for FICO, told The Washington Post. “They’re not going to default; they’re going to pay their bills. The unpaid medical collections is an anomaly.”

Why should responsible borrowers be punished when they are hit with unexpected illnesses and injuries?

“The median FICO score for consumers whose only major black marks are unpaid medical debts is expected to increase by 25 points on a scale of 300 to 850, according to FICO,” The Chicago Tribune wrote.

Budget Watchers REMOVED our customer's VEHICLE REPOSSESSION that was inaccurate, incomplete or unverifiable. We get RESULTS!!
(702) 834-5200 or email us at [email protected]

We would like to thank our Governor of Nevada Brian Sandoval for recognizing Budget Watcher$ success. We are very grateful and will continue our contribution to increase economic growth in our state.

As of August 1, 2014 we will increase the price for CREDIT REPAIR SERVICES.

Be the first to know and let us send you an email when Budget Watchers posts news and promotions. Your email address will not be used for any other purpose, and you can unsubscribe at any time.

Send a message to Budget Watchers:

Other Disability services in Las Vegas

Do you always stress about how much money you spend during the holidays? Read this article to find out 6 ways you can diminish that holiday guilt with a budget!! https://www.thebalance.com/best-ways-to-budget-for-the-holiday-season-4117100